Wednesday 19/04/17  – The thing with camperstops is every now and then you come upon a gem and today is one of those days. Located on a hill that dominates the plains of La Mancha, the town of Chinchilla de Monte Aragón has a remarkable castle built in the 15th century 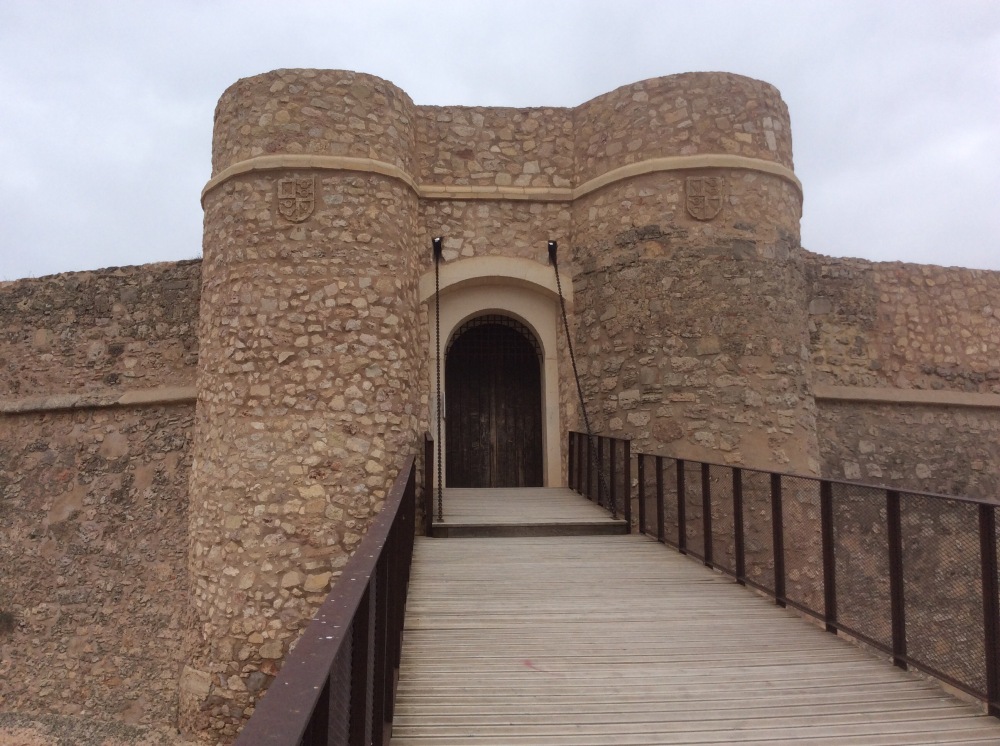 By Juan Pacheco, marquis of Villena, and a beautiful medieval historic quarter. I particularly like the arrow windows so the knights of old could see who was driving over the flyover !! 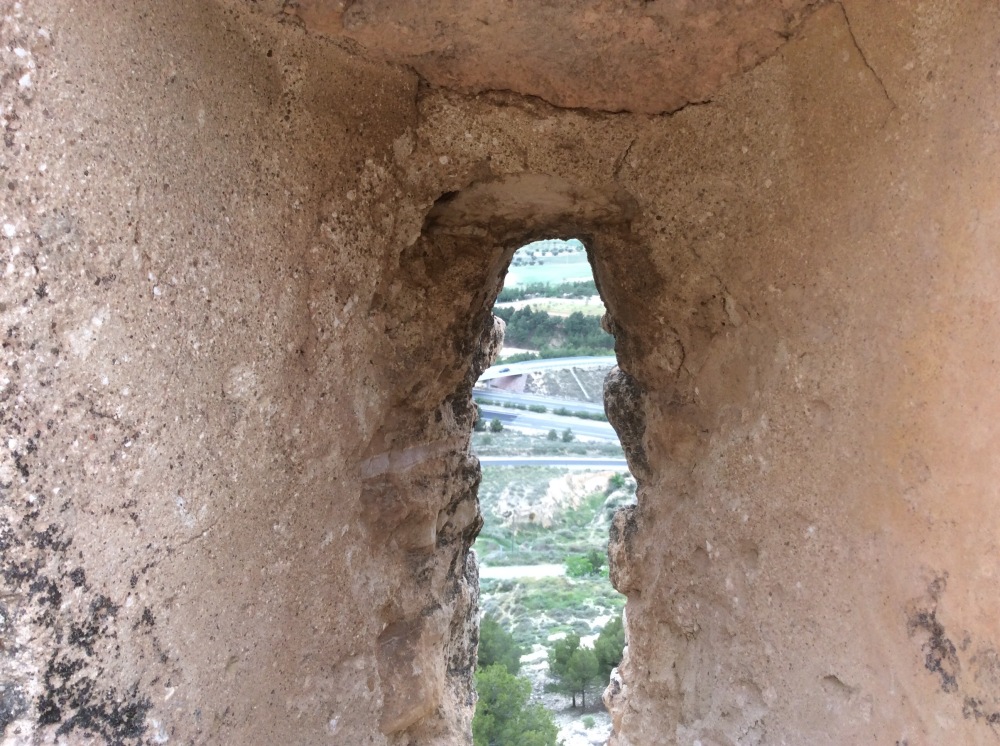 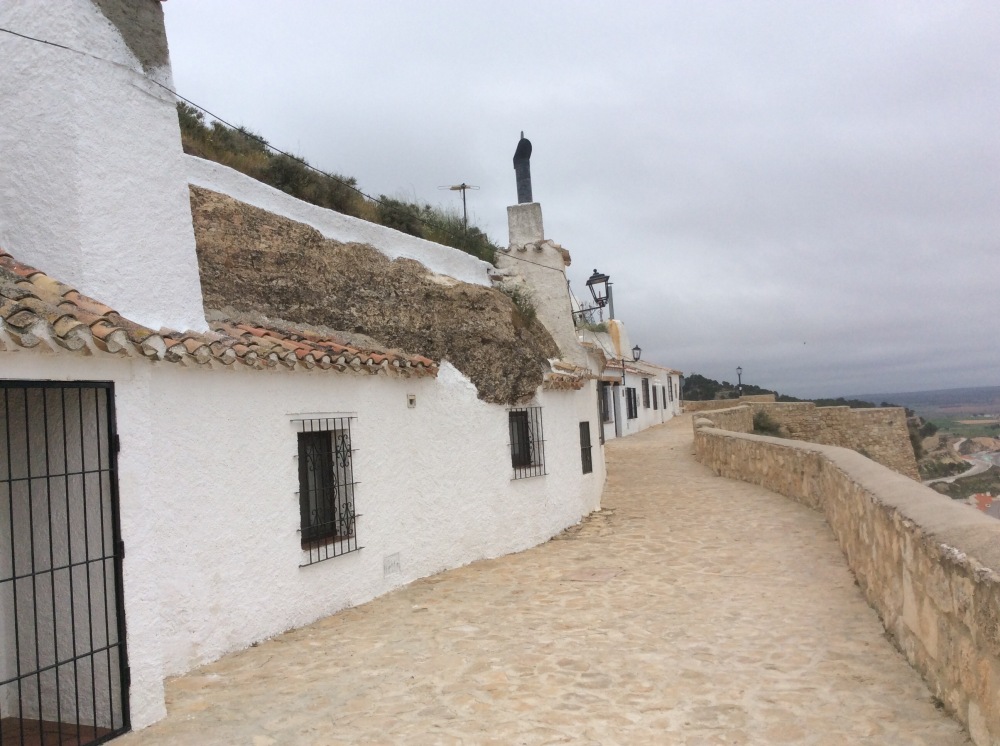 Preserves of the remains of the wall, some Arab vestiges, and the gate of Tiradores. It also has an impressive moat 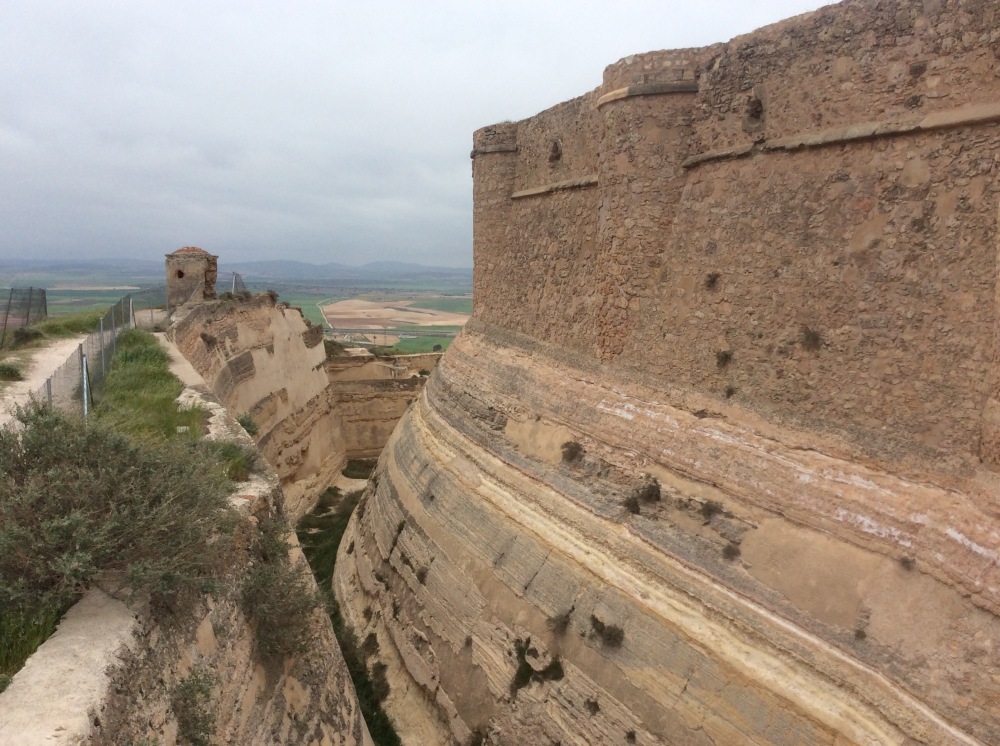 dug on the rock, ten metres wide by six metres deep. In the urban centre we can still find ancient Arab public baths, as well as several emblazoned houses from the 16th to 18th centuries, such as the ancestral homes of López de Haro, Núñez Robles,

A capirote is a pointed hat of conical form that is used in Spain. It is part of the uniform of some brotherhoods including the Nazarenos and Fariseos during Easter observances and reenactments in some areas during Holy Week in Spain, first introduced in the inquisition. When the Inquisition was abolished, the symbol of punishment and penitence was kept in the Catholic brotherhood. However, the capirote used today is different: it is covered in fine fabric, as proscribed by the brotherhood. Later, during the celebration of the Holy Week/Easter in Andalusia, penitentes (people doing public penance for their sins) would walk through streets with the capirote. The capirote is today the symbol of the Catholic penant: only members of a confraternity of penance are allowed to wear them during solemn processions. Children can receive the capirote after their first holy communion, when they enter the brotherhood.

the Palace of Barnuevo, the 16th-century house of Tercia, and the old public granary. In the main square, or Plaza Mayor, we find the City Hall, 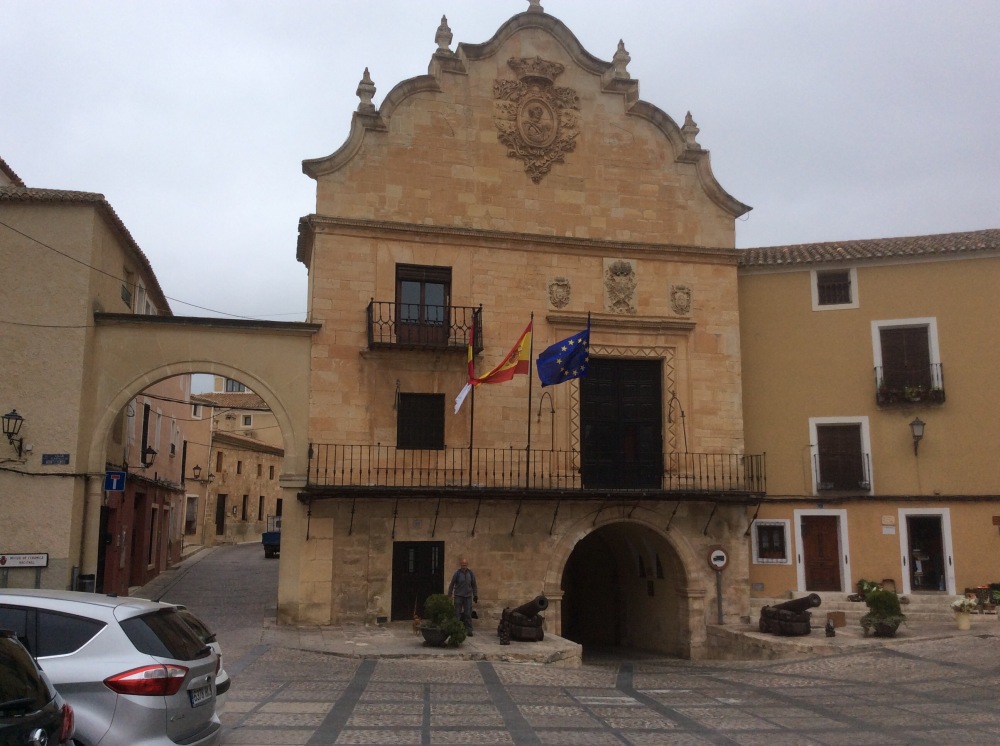 which dates from the 16th to 18th centuries. The most important religious building is the parish church of Santa María del Salvador, with overlapping styles from Gothic to Baroque. Other interesting buildings include the hospital of San Julián, the convent of Santo Domingo, and the remains of the convent of Santa Ana.

Views from the Castle 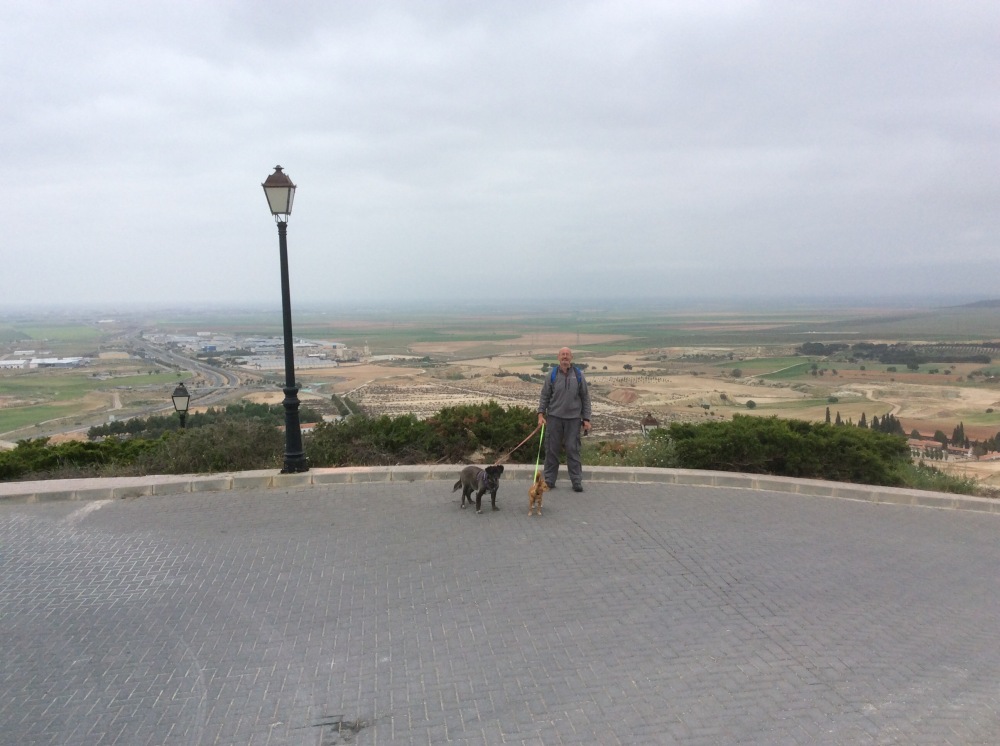 As this was only a flying visit, we would definitely come again to see all the things we missed and maybe in better weather.