Left Comares 10.00  a few morning pics, if you are thinking of visiting Comares it, off the beaten track but a gem. They also have a stunning zipwire with views to die for and if we had been there longer would have tried it out. What ?? We were there for six weeks, ummm I mean longer than that !! 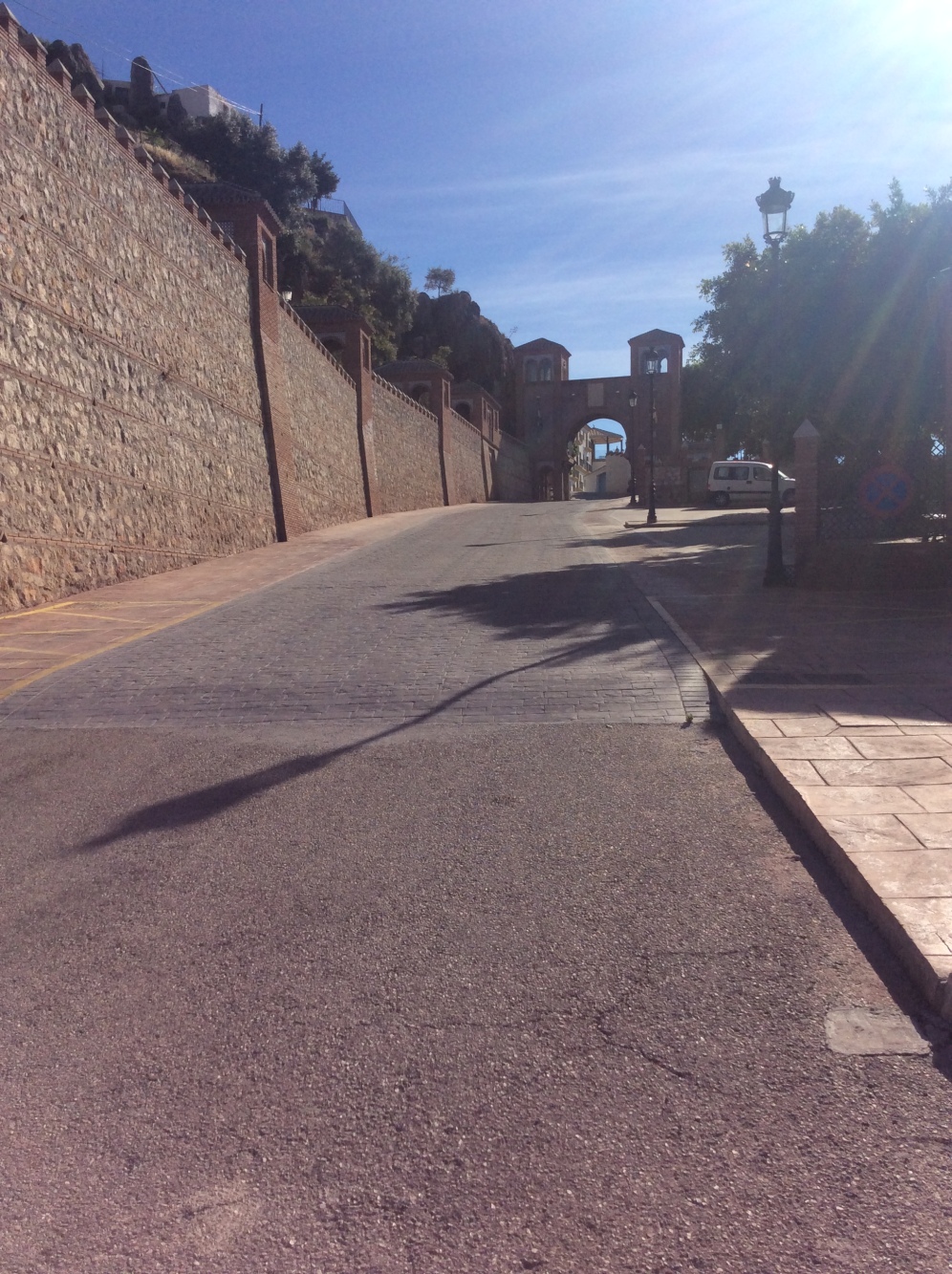 It is a roaster of a day, we are all very, very hot, have 2 stops, one for lunch then another for ice creams, Dave has a cornetto, Baby has a strawberry calippo and me and Narly shared a cornetto

Multitasking as we drive, the toms will be cooked in this heat.

The view from our campsite (this was supposed to show the 3 windmills on the hill !! See those specs that’s them ) for the night, in Puerto Lapice, free aire with emptying water and waste, lovely little town and spot, but very, very hot and no shade.

Brave the van manual and it’s only the brake pads that need replacing, assuming that’s not urgent ??

After cooking on gas mark 2 through the night, we awake for an early start, 7.30 to be precise as we didn’t reach Madrid yesterday, thought we would get a head start and we wanted to arrive in the middle of the morning rush hour !!! 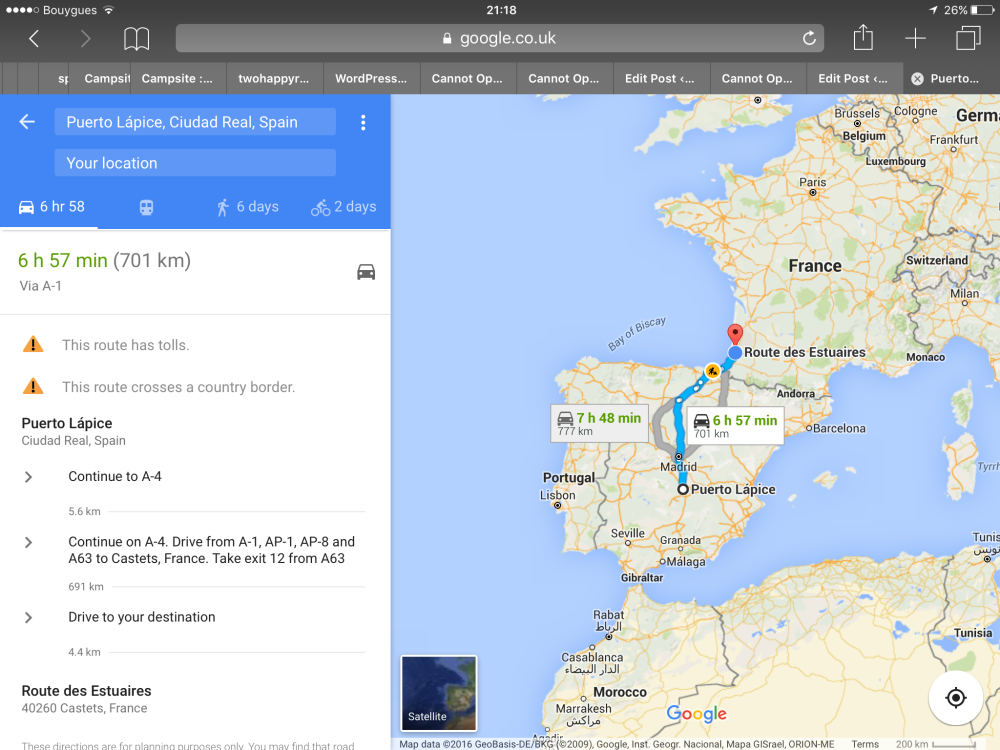 Through Madrid, spotted the cuatro Torres in the distance

and on towards San Sebastián couple of small stops, the dogs travel in style in their doghouse.

Pass a couple of bulls along the way

Doing well for time so push on into France

missed the first couple of campsites so more into France than we were going to, but end up in Aquitaine Le Galanat an ACSI site 17.00 euros per night that’s including extra dog and tax.  they have showers Yey, 2 smelly hot people are now sparkling clean and cool, took the dogs for a walk by the river. 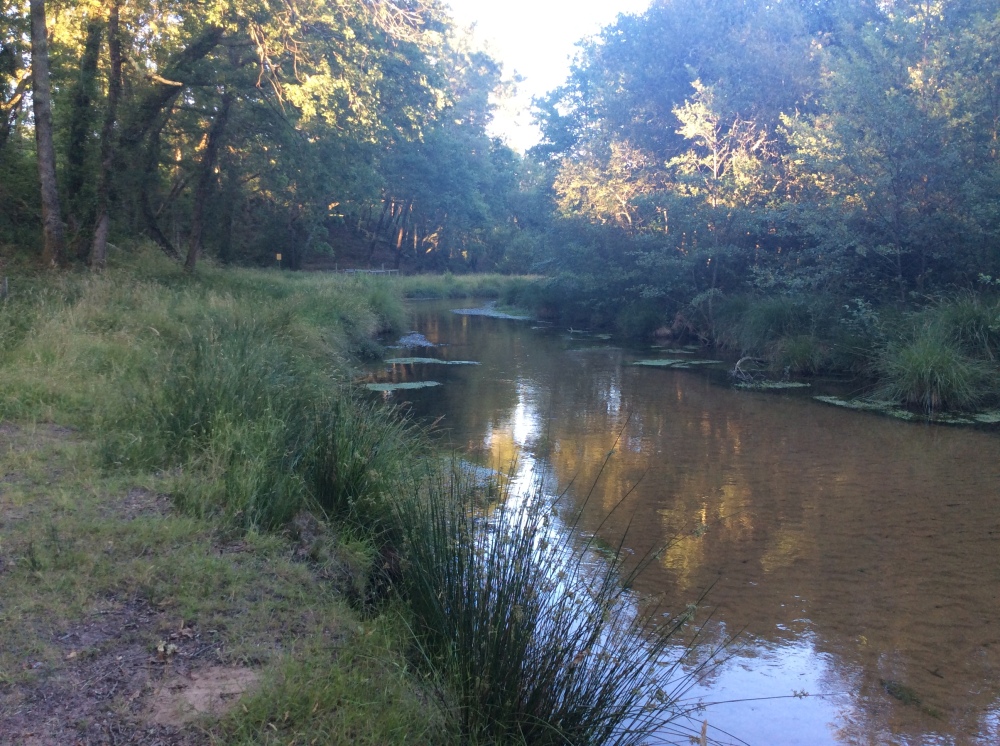